Centralina’s House delegation changes from six members to four members and changes from five Republicans and one Democrat in the current congress to two Republicans and two Democrats in the next Congress. Centralina loses Representatives Virginia Foxx (R, 5th) and Richard Hudson (R, 8th). In the next Congress, Centralina will be represented by Representatives Alma Adams (D, 12th), Dan Bishop (R, 9th) and Patrick McHenry (R, 10th), as well as by Representative-elect Jeff Jackson (D, 14th).

Having gained a new seat in the House of Representatives from the 2020 Census, the North Carolina House delegation in the next Congress will consist of 14 members. The new NC delegation will be evenly split with seven Republicans and seven Democrats. Of the five newly elected members, there are three Democrats and one Republican. All five have served in the state senate.

Appropriations must be addressed by December 16 when the current continuing resolution expires. Congress will either pass an all-encompassing omnibus package or another continuing resolution. The NDAA, which has been continuously passed and enacted for 61 years, is widely expected to pass during the post-election session of Congress. Due to its “must pass” nature, the NDAA is viewed as a vehicle for unrelated legislation. Negotiations may include controversial amendments or riders in addition to some less controversial add-ons such authorizations for other agencies and the Water Resources Development Act (WRDA).

Today, Centralina is one of the fastest-growing metropolitan areas in the country and our home is quickly changing. Now more than ever, our region needs to work together to plan for a vibrant future.

To align our efforts, Centralina has defined the top three goals for our region based on input from our Board of Delegates, regional managers and regional partners. These goals reflect the main pillars of our work. 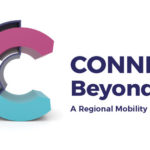