If there was ever a good time to focus on federal competitive grants, it is now. Federal grants to states and local governments have risen 37%, outpacing the average annual increase of 4% in the prior half-decade. Relative to 2008, grants have increased 93% accounting for inflation. In the recently passed Infrastructure Investment and Jobs Act (IIJA), almost 80% of the $550 billion in new spending the law provides will go to projects funded entirely or primarily by grants. As a result, federal agencies are staffing up and on the same day President Biden signed the IIJA into law (now called the Bipartisan Infrastructure Law (BIL) by the Administration), he also released an Executive Order creating an Infrastructure Implementation Task Force and named Mitch Landrieu to serve as Infrastructure Implementation Coordinator.

On November 18th, after months of negotiations between state legislators, Governor Cooper signed into law North Carolina’s first budget in nearly three years. The $25.9 billion spending plan allocates state revenue funds and appropriates the $5.4 billion of American Rescue Plan funds received from the federal government. One of the most notable items is the $1 billion investment in broadband expansion, which, when combined with the state’s forthcoming allotment of federal funding from the Infrastructure Investment and Jobs Act, will help to improve internet access statewide.

In Washington, Congress is acting quickly to address a number of must-have spending measures before the end of the year while simultaneously trying to complete work on the Build Back Better Act (BBBA). BBBA is a social programs and climate bill that completes the President’s three-part economic agenda. 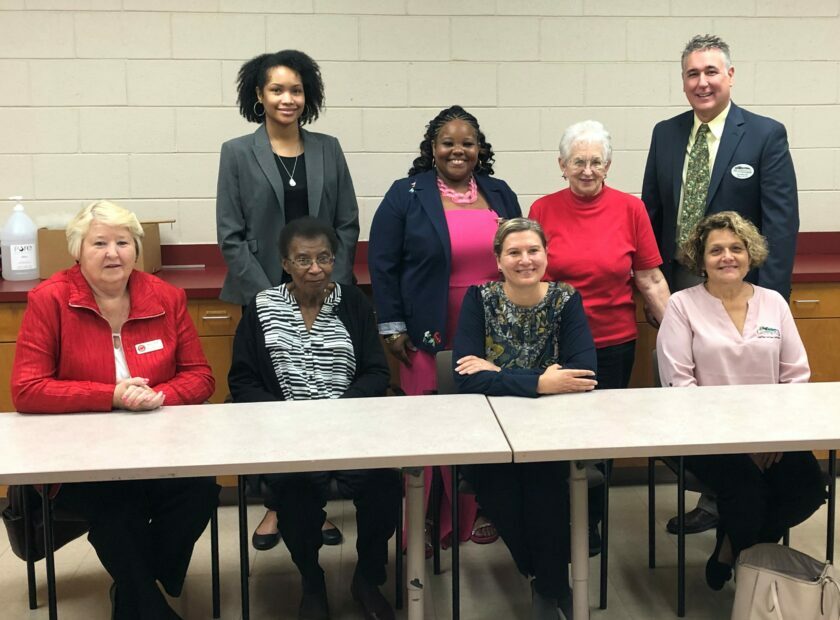 Centralina delegates recently met with Congresswoman Virginia Foxx to discuss regional priorities and local community needs. During the meeting, Congresswoman Foxx brought to everyone’s attention the little known benefit to businesses that are eligible for a tax exclusion of $5,250 for paying employees’ student loans. This assistance is also tax-free to the employee and available through 2025. Read more about this education assistance and the new flexibility for ARPA fund allocation.

Congress returns in September to a legislative calendar packed with end-of-the-month and end-of-the-fiscal year deadlines, as well as high profile legislation such as the infrastructure bill and a $3.5 trillion reconciliation package that reflects President Biden’s American Families Plan. Meanwhile, Centralina’s members are meeting with our region’s congressional delegation.

U.S. Senators have introduced legislative text for a bipartisan infrastructure deal crafted after months of negotiations and a rare weekend session among a bipartisan group of lawmakers, including both North Carolina U.S. Senators Richard Burr and Thom Tillis.

North Carolina legislators are making progress towards enacting an FY2021-2023 state budget. On June 25th, the Senate passed its budget proposal, which directs spending for the more than $5 billion in American Rescue Plan funds the state received from the federal government. Included in the Senate’s proposal were several provisions for councils of governments (COGs).

As Congress left for the July 4th week recess, infrastructure negotiations were continuing after President Biden and a group of 21 bipartisan Senators reached a compromise on a framework for an infrastructure package. The bipartisan group consisted of 11 Republicans, including both North Carolina Senators Richard Burr and Thom Tillis, and 10 Democrats.

On Friday, May 28, President Biden sent Congress a $6 trillion budget request for FY22. This is the Biden Administration’s first full budget, detailing the framework version that was outlined on April 9. It is also the first budget in ten years without spending caps in place.