On Monday, April 4th, congressional lawmakers unveiled a $10 billion agreement for emergency Covid-19 funding to help with costs like vaccines, tests, therapeutics and other supplies. Thankfully the bill does not rescind billions in state funding under American Rescue Plan Act (ARPA) funds to pay for the new spending package, after an earlier proposal called for taking back about $7 billion from 30 states, including North Carolina, to do so.

Congressional negotiators had initially looked to take back funds promised to states to help pay for the emergency Covid funding while working on the $1.5 trillion omnibus spending bill for the current fiscal year. Instead, House leadership removed the Covid funding measure from the larger fiscal bill and began negotiations over passing it as separate legislation.

If enacted, the current deal would also create additional flexibility for states and localities to use their ARPA Coronavirus State and Local Fiscal Recovery Funds on infrastructure projects. It would allow up to $10 million, or 30%—whichever amount is greater—on a variety of transportation projects and on the types of spending allowed under the Community Development Block Grant Program. Provisions in the legislation would open new options for spending ARPA dollars on disaster relief expenses as well.

The measure must still pass both chambers of Congress. 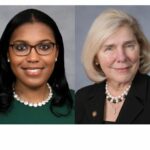 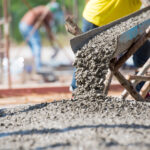