Every year Congress must pass spending legislation to fund the government. This is handled by the 12 subcommittees of the Appropriations Committee that are in charge of deciding how federal funding will be distributed among all programs within all federal agencies. The process officially starts with the Administration submitting to Congress the President’s budget for that fiscal year. The President’s budget details a vision for spending, but Congress decides where the money will flow. During the spring the 12 subcommittees hold hearings that include Cabinet Secretaries testifying on their budget asks for that fiscal year. Members of Congress send letters to the Subcommittee chairs, called “cardinals,” and Ranking Members with spending requests for programs and projects. Changes occur to subcommittee draft bills during a process known as “markups” and then, once passed by subcommittee, each one moves separately to the full committee and, preferably, the floor for passage. House and Senate versions are always different on several points and must be reconciled before a final bill is passed and sent to the President for signature.

For more than a decade, Congress has relied on continuing resolutions to keep the government running past the end of the federal fiscal year on September 30, and then ultimately combining all 12 individual spending bills into an omnibus appropriations bill that is passed with an up or down vote only, no amendments. This year top appropriators in the House have promised to finish bills by July and in the Senate are publicly optimistic a bipartisan, bicameral deal on spending levels can be reached before the deadline. This will be the 2nd year without budget controls in place, so the funding levels for all programs are expected to be higher than past years, which should make the overall process a little easier. Recent events, however, that deal with funding controversies can derail otherwise positive negotiations pretty quickly.

Centralina is proactive in the appropriations process, both on the program level and for projects that benefit the region. There are several programs that fund essential services for our constituents where we advocate through our 2022 (FY23) Federal Action Plan for necessary funding. We also have appropriations language to help the eligibility of regional councils / COGs in the federal competitive grant process and a specific funding request for affordable housing that we are excited about. We welcome your support and advocacy with our region’s Members of Congress during the appropriations season and would be happy to provide talking points to you when those opportunities occur. 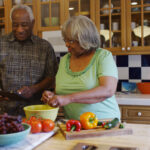 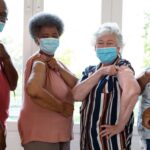