Local elections were held November 8, 2022, and the results are in with a couple of changes in our region. In the nine-county Centralina region, 68 total member seats were on the ballot in the 2022 local government general election. Out of these positions, 43 were contested. Below is the list of communities that held elections:

With many seats up for grabs in this round of elections, the outcome proved to bring in a wealth of knowledge and experience from former Board members to local government employees to re-elected officials. Several former Board members who served in previous years gained re-election. For instance, Elaine Powell won a seat on the Mecklenburg County Board and Gene Houpe secured an Iredell County seat after each formerly served a four-year term until 2022. Leigh Altman of Mecklenburg County also won an at-large seat after previously serving a four-year term on the Board.

Incumbents returning and bringing wealth of knowledge and experience additionally we have several newly elected bringing diverse background, education and experience to the table. Newly elected officials have experience from serving on local boards in education, social services and planning and come with their own passions to advocate.

We look forward to continuing our regional service and cannot wait to see where the background, education and experience of newly elected officials and the next set of resolute delegates take us in the new year. 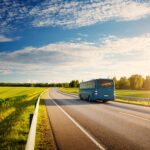